THE QUALITY BUTCHER SINCE 1808

Jesse Smith Butchers is a family owned company, based in the town of Cirencester. Our Head Office and state-of-the-art wholesale preparation facility is here and we have a string of Butcher’s Shops situated around the Cotswold’s, along with Kitchen & Catering Unit.

From humble beginnings with just a handful of devoted customers, we now collaborate with many of the best local chefs and restaurateurs. Our reputation has been built on our uncompromising commitment to provenance, fair trade with farmers and especially sourcing the finest quality produce. 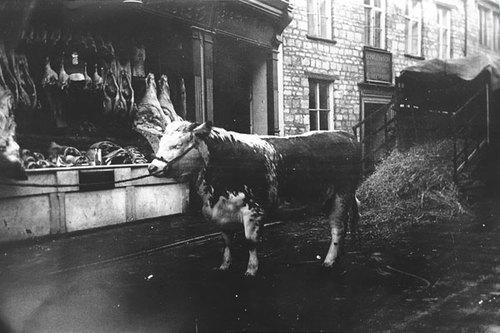 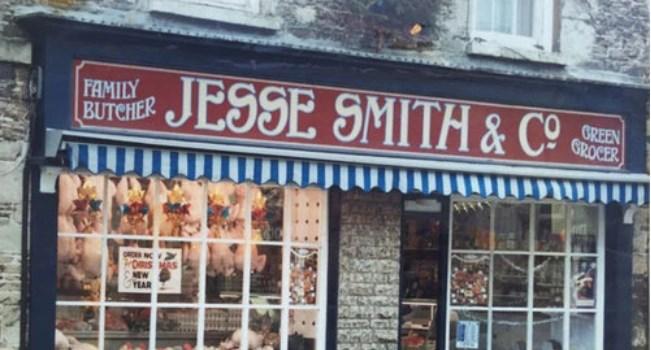 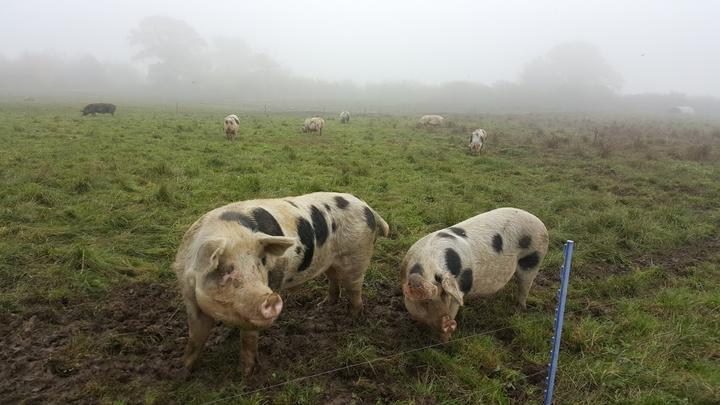 Excellent animal husbandry & welfare pared with our teams butchery skills results in a range of meats which we believe is truly exceptional. 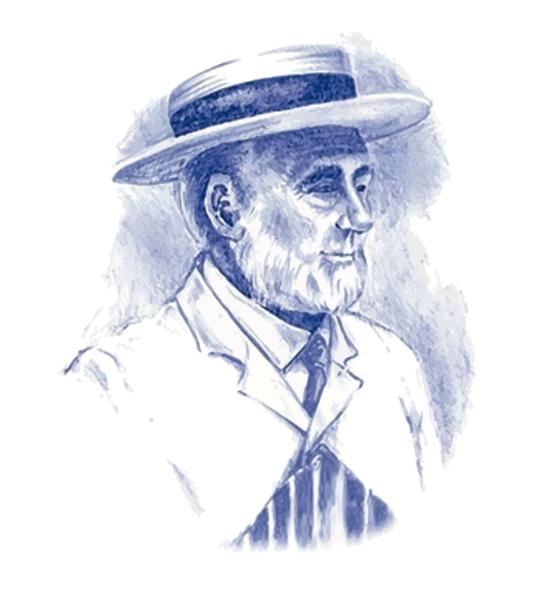 The skill and knowledge of our trusted partners enables us to have full control of the produce that goes into our counters.

Another brother was a butcher in Fairford. Jesse wears a bowler and stands second left. He succeeded to the business when his brother emigrated to New Zealand and subsequently remodeled the premises into a single frontage of true Edwardian character; this remains today as a welcome feature amidst the aluminum and plastic.

A pillar of the local community, Jesse upheld the nonconformist traditions of many tradesmen and was treasurer of the Congregational Church for over 30 years. As a fine judge of cattle he served at Tetbury Fatstock Show for 25 years and once at Smithfield.

David Viner, 1983, Victorian & Edwardian Cotswolds from old photographs, Batsford.
Francesca has ordered this book to see the photo relating to the caption taken from the book above!

Flavour – from an outstanding rib of beef to our favourite hung sirloin on the bone, we’ve scoured the very best to bring you products which are bursting with flavour.

Discovery – sample a new cuisine with our tasting evenings and samples at our shops; taste our tender and succulent old spot pork to our exceptionally tender new-season lamb, with a beautifully sweet and subtle flavour. – There’s a world of flavour to explore at Jesse Smith.

Provenance – we source with care from producers who share our passion for flavour and quality enabling you to enjoy the best of British produce.

Excitement – bring theatre to your table with a Himalayan salt plate; try your hand at sausage making– let your creativity run wild at Jesse Smith!

Authority – we’ve tasted the ingredients and cooked with our condiments. We have the best job in the world! So if you need help & advice just give us a ring – we’re always happy to help. 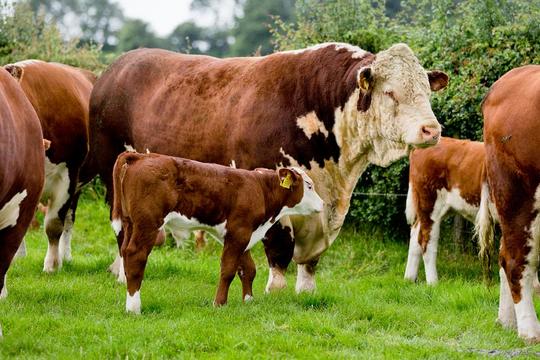 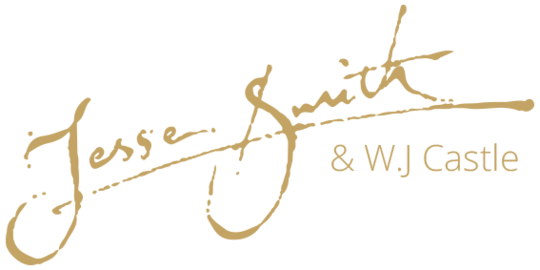 Our Shop on Black Jack Street in Cirencester is now a grade II listed building, but well before this listing we made the decision to hang on to the lovely Edwardian shopfront and interior, one with tiles that beautifully celebrate the pig and what a butcher can do with it.

It was around 1910 and the golden age for English tiled shopfronts, when the architectural ceramicists were still being influenced by the swirls and curls of the Art Nouveau style, and before World War I banished jollity.
Legends in curvaceous Art Nouveau lettering designed to make the pig fancier’s mouth water: Pickled tongues. The design on the right of this image, with its sinuous lines and mysterious semicircles (Do they evoke stylized flowers or seed heads?) would not look out of place in Vienna.
Inside, porcine eyes follow you round the room as you contemplate cuts of pork and home-made pies. There are few better architectural celebrations of the English pig. 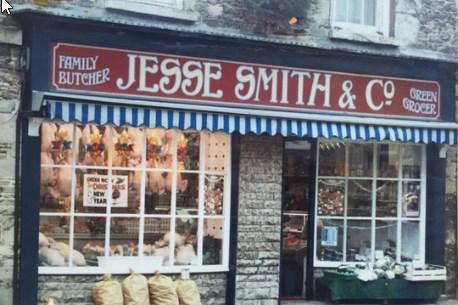 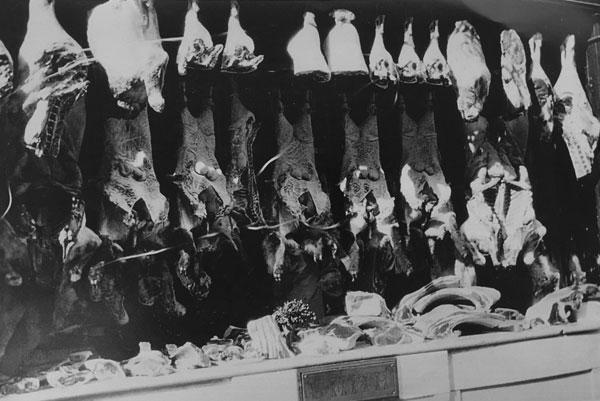 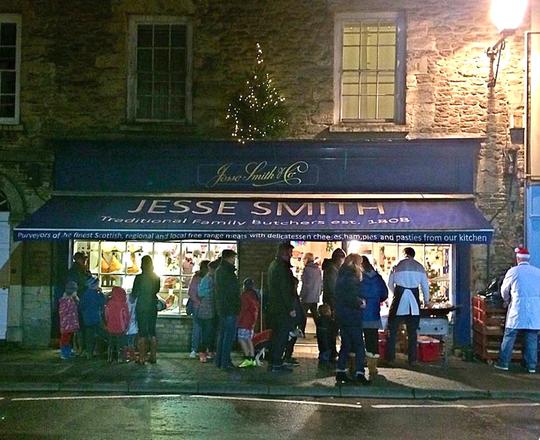 THE BATTLE OF WATERLOO

Census lists Daniel Smith, widower aged 62, butcher and farrier, living in Black Jack Street; with his sons Daniel (aged 21), and Jesse (aged 19), both working as butchers, and confirming that both sons were Cirencester born.

Reported in Glos Journal – Daniel Smith, Butcher in Black Jack Street Cirencester had bought a number of Welsh sheep at Cricklade market & put them in his helf on the Tetbury Road. Sheep mysteriously went missing…

Jesse Smith registered as living at Southside, 7 Lewis Lane in Cirencester with his wife Ruth and three daughters.  (Corinium Museum have photos) Gross Value of £1200

Jessie Smith (family butcher in Cirencester) contested a hearing in court for using his trap for uses other than
solely for trade purposes.

William Dance (40). butcher, in the Cirencester Cottage Hospital in a critical condition owing to blood poisoning.
When working at the premises of Messrs. Jesse Smith, Black Jack-street, Dance had the misfortune to cut a finger of his left hand. Three days later he was taken ill.

Shop front as we know it now erected & left hand building added to Butchers
‘A Trial Solicited for our celebrated SAUSAGES, POLONIES HAMS and Brawns.’
Quality is True Economy

Business bought by the Hawes Family

Took on WJ Castle from William Castle in Burford & Northleach

Third Generation of the Hawes family was born

Opening of Jesse’s Farm Shop on Love Lane in Cirencester 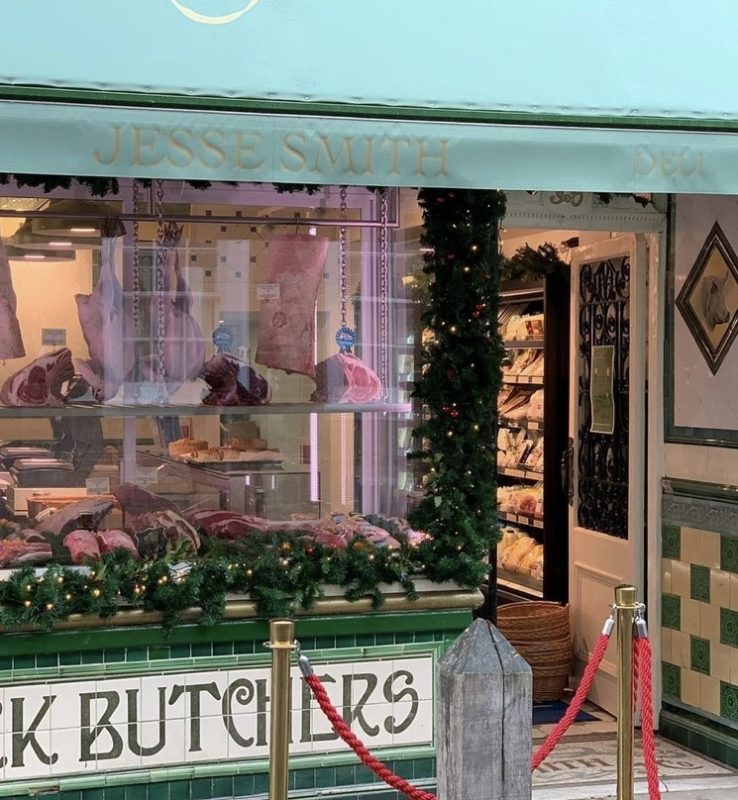 WHAT TO EXPECT WHEN YOU PRE-ORDER

Collecting safely from your local Jesse Smith or W.J Castle shop this Christmas